A yellow tractor cake! My little client knew exactly what he wanted for his 6th birthday.  Vanilla cake was the flavour chosen.  OK, now my client was not after a 3D tractor but wanted more of a 2D tractor shape.  I made two 25cm vanilla cakes, levelled them both then joined together with some vanilla buttercream icing. Using a template I had drawn onto baking paper, I carefully cut the tractor shape out.  I then crumb coated the cake with some buttercream icing and left to set.  Colouring the fondant is always a little time consuming so this was the perfect time to get this done.  Once the icing was set, I covered the cake in the coloured fondant. Cutting the extra decorations from fondant also to finish it off.  To finish off the board on this one, I decided to pipe some green buttercream all around the tractor to look like grass.  My little client was very happy with his tractor cake and couldn’t wait to get into it!

Here is the second cake from the weekend just gone. A thong (the shoe guys not the underwear!!, this cake is for a little girl!).  My client’s daughter was having a beach themed party and wanted a thong cake for her.  She knew exactly what she was after, a thong shaped cake which is purple with green and purple flowers.  I was quite excited about this cake as I have not made a thong cake before!  After baking a vanilla cake in a 20cm square tin, I allowed this cake to cool.  I drew a thong shape onto a piece of baking paper which was the size of my tin and cut this out to use as a template.  After cutting the cake to shape, I coated in vanilla buttercream and allowed to set.  After colouring the fondant and cutting some fondant flowers, I began to cover the cake.  Using a lighter coloured purple, I cut a thin piece of fondant using my template to place on top of the thong.  Using some wire covered in fondant, I created the thong straps which were put into place.  I then topped the thong with some decorative flowers.

Now, time to finish off the board.  The appearance of a cake can change dramatically with the finish of the cake board.  I had seen in the Planet Cake book, they make a thong cake and finish the cakeboard with a “sand”.  I created a similar effect by colouring some buttercream and adding raw sugar for texture.  I am happy with the end result as was my client’s little girl.  Happy Birthday Jordy, hope you had a great birthday

Last weekend I made a Lightning McQueen cake for an 8yr old Cars fan.  The cake was a vanilla cake with strawberry buttercream filling.  I had shaped the cake in the shape of a car then coated it with a layer of strawberry buttercream.  The cake was then covered in coloured fondant to resemble the one and only Lightning McQueen. A very happy boy loved his special cake.

Today is my little man’s 6th birthday.  I gave him the option of any cake he wanted.  This decision proved quite a difficult task, with the choice changing with each suggestion made.  He finally settled on a Ben 10 cake.  His choice of flavour was vanilla (quite a change from the usual mudcake).  As he chose a plainer type cake, I suggested adding a filling.  Jake is a huge fan of Oreo’s, so we went with Cookies and Cream filling.  Using my awesome Agbay cake leveller, I levelled the 20cm round cake then made a nice cut through the centre.  This is actually the first time I have filled a cake so it was a bit of an experiment for me.  I filled the centre with the freshly made Cookies and Cream filling (next time, I will add double the amount of filling I think).  I covered the entire cake with a thin layer of vanilla buttercream and then decorated with coloured fondant to create a Ben 10 Omnitrix.  Graymatter and all other decorations were hand made with fondant. Jake loved his cake.  Happy 6th Birthday Dude!! xxx

This week I made cupcakes for a baby shower.  The glowing mum to be is expecting a baby boy and wanted a mixture of chocolate and vanilla cupcakes with various shades of blue icing.  The colour theme of the day was shades of blue with a little silver and white.  We therefore chose to go with two blue shades and a silver in cupcake cases.  The mum to be was not keen on the traditional baby decorations and preferred the cakes be decorated with silver and white cashous.  The end result were some great little baby boy cupcakes.  Hope your day was perfect Cindy and can’t wait to meet the little fella when he arrives! x 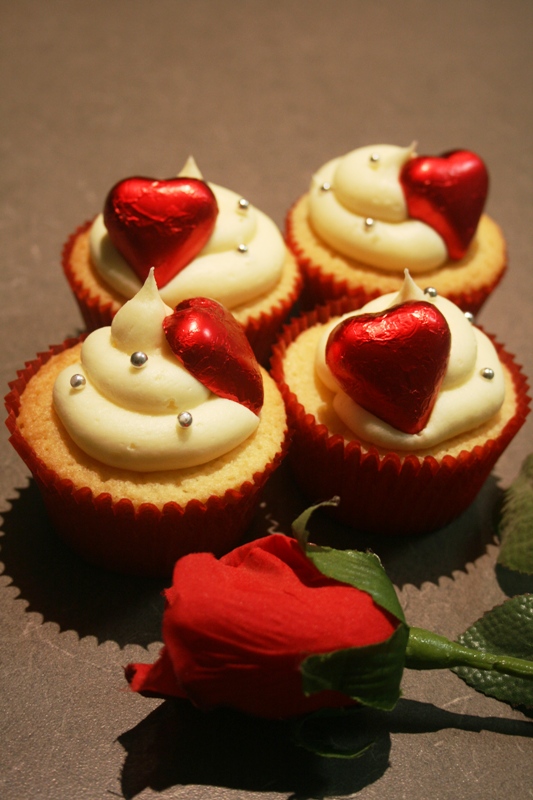 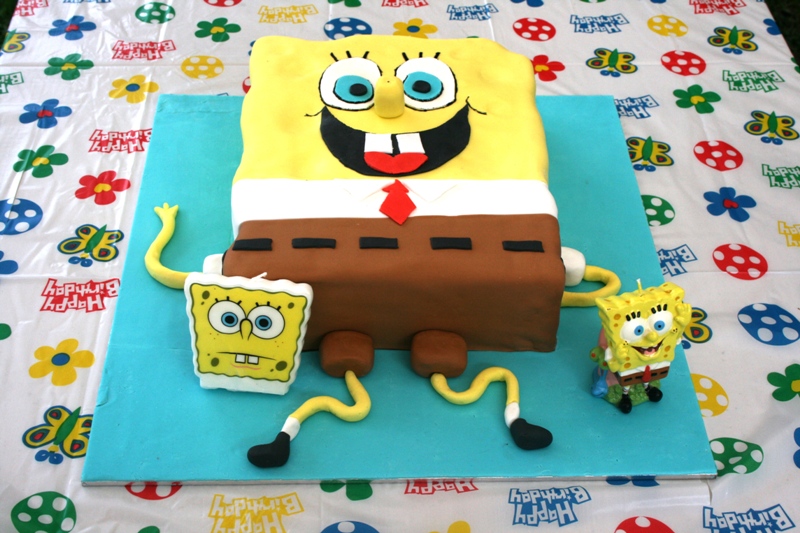 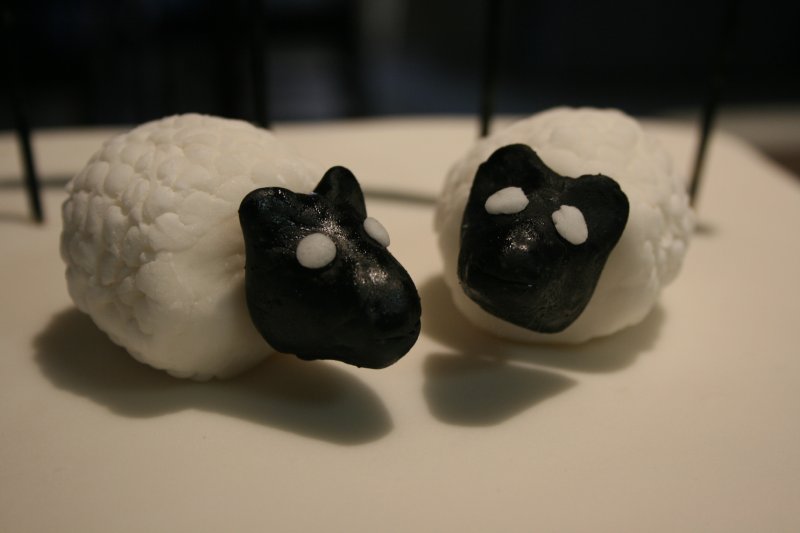